Join us on January 20th @ 1 pm to hear from powerful speakers in the democracy reform movement, learn how the corruption of our government affects the lives of real people, and be presented with different ways to get involved!
Continue

RSVP for a historic event in our nation's capitol! You will hear from powerful speakers in the democracy reform movement, learn how the corruption of our government affects the lives of real people, and be presented with different ways to get involved!

The Rally is supported by these organizations, visit them to learn more about the fine work they do. 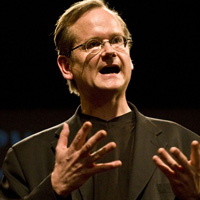 Lessig is an American academic, attorney, and political activist. He is the Roy L. Furman Professor of Law at Harvard Law School and the former director of the Edmond J. Safra Center for Ethics at Harvard University. He is a founder of Creative Commons, Rootstrikers, NH Rebellion, Mayday PAC, Equal Citizens, to name a few. He is the author or Republic Lost, How Money Corrupts Congress--and a Plan to Stop It. He is a living legend in the democracy reform movement. 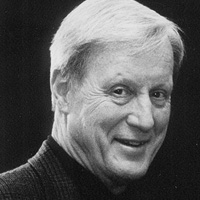 Hedrick is a journalist who has been a reporter and editor for The New York Times, a producer/correspondent for the PBS show Frontline, and author of several books. He has covered stories such as the Martin Luther King Jr. and civil rights struggle, the Vietnam war, and the Cold War from both Moscow and Washington. He was a member of the team which produced the Pentagon Papers series; and in 1974, he was awarded a Pulitzer Prize for International Reporting for his coverage of the Soviet Union and its allies in Eastern Europe. His latest project is a film currently being shown on PBS called The Democracy Rebellion. 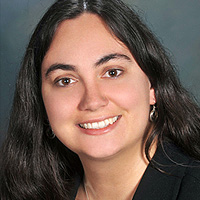 Kaitlin is the National Director of Move to Amend, President of the Board of Directors of Democracy Unlimited, and a Local Democracy Fellow for the Liberty Tree Foundation. She believes in a diversity of tactics to bring about systemic social change. She has served on numerous national and local boards, helped elect many progressive candidates to office, served as a local elected official herself for 12 years on her regional Water District board, birddogged candidates and politicians, citizen lobbied Congressmembers and state officials and been the host of a community radio station program. 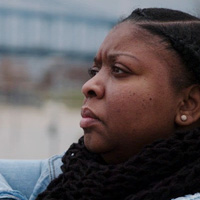 Antoinette is the founder and CEO of the non-profit/ 501c3 organization “T1Diabetes Journey, Inc". She is a mother of four, and native of Cincinnati, Ohio. Antoinette lost her 22-year-old daughter due to battling Type 1 Diabetes. This unexpected tragedy has inspired her to start T1Diabetes Journey. She received the Warrior Elite Distinguished Business Award at the Women’s Empowerment Luncheon hosted by Warrior Elite on June 3, 2018 and is a member of The Women's Business Center. She testified at Capitol Hill on "High Drug Pricing" in front of the Oversight Committee and has been featured in many national publications. 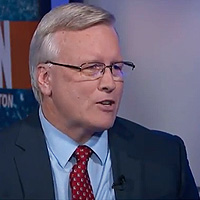 John is the Executive Director of Take Back our Republic, a non-profit educating the public on conservative solutions for campaign finance reform. In the 2014 primaries, he jump-started the campaign of Dave Brat, who would ultimately unseat U.S. Majority Leader Eric Cantor in one of the most unprecedented upsets in political history. 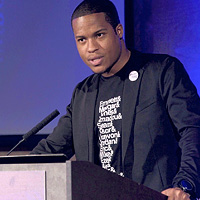 Renaldo is the Director of External Affairs for RepresentUs, the nation’s largest grassroots anti-corruption campaign, bringing together conservatives, independents, and progressives to pass anti-corruption laws across the country. He recently walked over 700-miles and 1.5-million steps (culminating with a sit-in and his arrest on the Capitol steps) to break the silence on the emergency that is our broken and corrupt democracy — ultimately helping to secure the pledges of 15 presidential candidates, so far, to #FixDemocracyFirst if elected in 2020. 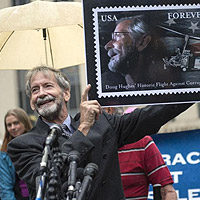 Doug is an American former postal worker and political activist, known for landing a one-man ultralight gyrocopter on the lawn of the United States Capitol on April 15, 2015. Hughes was carrying 535 letters, one to each member of Congress, protesting what he referred to as bipartisan corruption and dysfunctional government. He surrendered peacefully after landing to the Capitol Police. Hughes was later charged with six crimes. He pleaded guilty in November 2015 to one felony and was sentenced to 120 days plus one year of probation. Hughes will be the subject of an upcoming documentary film where he plans to fly his gyrocopter to all 50 state capitols to bring awareness to the need to fix America’s broken campaign finance system. 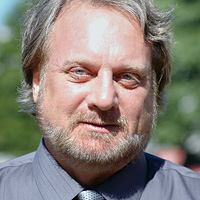 Craig serves as Public Citizen’s Capitol Hill lobbyist on ethics, lobbying and campaign finance rules. Craig is an expert on campaign finance reform, governmental ethics, lobbying practices and the impact of money in politics. Previously, Craig was senior policy analyst at the Brennan Center for Justice, New York University School of Law. He has appeared on CNN, CNBC, Fox News, Pacifica Radio and NPR, and has been quoted in publications such as The National Journal, USA Today, Roll Call, Congressional Quarterly and The Associated Press. Craig is also working with European nongovernmental organizations and members of the European Commission and Parliament in developing a lobbyist registration system for the European Union. 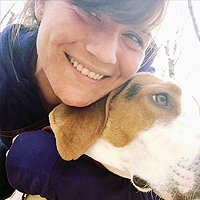 Jodi is a mother, volunteer National Coordinator for Wolf-PAC, and homeless advocate by profession. She started volunteering with WolfPAC as a means of addressing most effectively the many issues she’s concerned with that stem from the corrupting influence of money in politics. She recognizes the disparity between the will of the people & the policy implemented on our behalf. Rather than fall into apathy, she made a conscious decision to do her part to fix our broken political system. While there are many reasons to join, she says that for her, the most motivating factor is her children. “Not only am I working toward a better future for them, but I’m also showing them, by example, exactly what democracy looks like.” 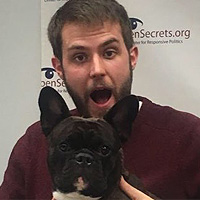 Brendan has served as Outreach Manager for The Center for Responsive Politics (OpenSecrets) since 2016, handling a wide variety of communications responsibilities. Prior to joining the CRP team, Brendan worked for a number of institutions, including the Irish Consulate in New York City. He holds a bachelor's degree from the State University of New York at New Paltz. 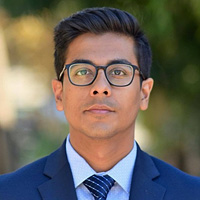 Manu Meel is the CEO of BridgeUSA, a national organization working to engage, educate and inspire the next generation of civic leaders. BridgeUSA works to foster spaces of ideological diversity, promoting a solutions-oriented culture and values of empathy and constructive civic engagement. 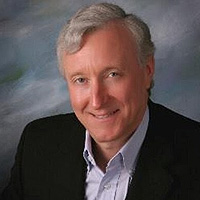 Jim is a husband, father, fiscal conservative, businessman, and former Republican State Senator in New Hampshire. He is on the board of American Promise, and is an active member of the democracy reform movement, working with groups such as Wolf-PAC and Take Back our Republic. Rubens has served as chair of the New Hampshire GOP platform committee and as chair of the Granite State Coalition Against Expanded Gambling. He has made attempted runs for the U.S. Senate as a member of the Republican party. 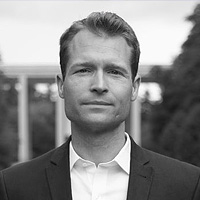 Andrew is the Executive Producer and writer of the award winning, new documentary Unrepresented. The film is an expose on the mechanisms that give special interests enormous, unchecked power over government and movements working to fix the system. Andrew is a transpartisan, active in reform movements with diverse ideologies and objectives that he works to unify. His first passion is improving living standards and justice in Detroit, his home city where he’s a tutor and COO of a manufacturing company, which was the subject of his first documentary DEFORCE.

A well-informed activist is an energized and effective activist. We've built a library of resources to view that could help improve your understanding of the issues. Take a look yourself, or share it to help convince freinds!